Every so often a new social media platform arrives to shake things up.

It all began with the book of face…well that’s not technically true, if anyone remembers the Beebos and MySpaces of the 90’s you’ll recall that there was life before Facebook and it consisted of Emo selfies (before the word officially entered the English dictionary of course) and in Kim Kadashian’s case, a pink page with “I’m a princess and you’re not so there!” statements….O…K… (see it here)

Every social media network serves its own purpose, the social internet space is like a loud but close family, each needs to find its own voice.

Facebook, the sociable one, has helped us to plan parties, embarrass friends with unwanted photo tagging and share that all important ice bucket moment.

Twitter, the witty younger brother, arrived ready to update the world in only 140 carefully crafted characters.

Instagram joined the family as the creative little sister, this has been my favourite so far as I am a visual person and this is the photo lovers haven. Hence, why I am also a fan of Pinterest, Instagram’s scrapbook bestie always looking for inspiration for her wedding, home renovation and summer wardrobe. 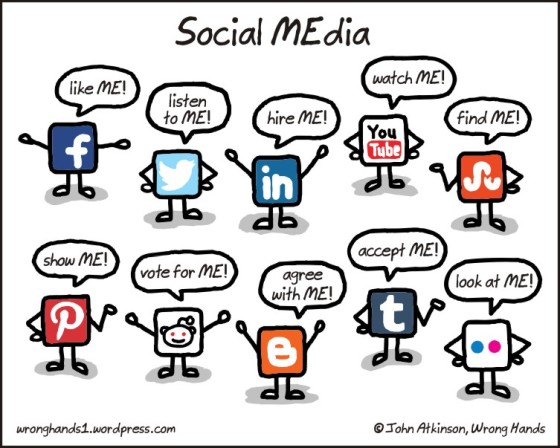 Periscope is the mother of all social networks demanding your full attention to her. Stop, look and listen.

This new trend is focused on live video clips and the most exciting feature is the comment ability. Team that up with the live aspect and these ‘scopes become an interactive Q&A opportunity providing endless possibilities.

Meerkat was launched first and is very similar to Persicope however people seem more excited by Persicope, with it attracting one million users in just the first 10 days of launching.

Live video clip sharing – You can see who has joined and talk directly to them, ask them questions, answer theirs. Social media is all about immediate response, live tweets about the Oscars or shocking news story, this has taken that idea and looked to make an interactive live sharing app. Interaction is key, people like to feel involved so when you are scoping make sure to react to what they comment, say their name and ask them questions.

One struggle I have is the lack of editing. I understand the whole point of this is to show reality rather than dressing up a situation but if I want to broadcast myself to the world I would like to add a flattering filter. Having said that, this is probably something I will just have to get over like the time I was charity guilted into posting a no make-up selfie.

Also due to the live element the clip vanishes after 24 hours, again I appreciate that is the whole point of it being live but seeing as we can’t watch everything live due to other arrangements (work, friends you know life stuff) if you don’t catch it it has gone in a poof of smoke.

There are a few elements that will need to be updated to really perfect this social media app but it does look like this could be the future.

Persicope opens the door to numerous opportunities from brand presence, competitor insight, behind the scenes, Q&As, customer service, celebrity interaction, this list goes on. Now is the time to get involved and make it what you want it to be.

In the words of Periscope, it’s time to ‘Explore the world in someone else’s eyes’

@CathyHackl for insight into the Peri-world and how best to use it. She is the PR Directory of the Periscope Summit and a Social Media lecturer so very knowledgeable about this

@LiviHecht for…well I’m not quite sure yet, watch this Peri’space…