Two incredible young women inspired me over the past week. 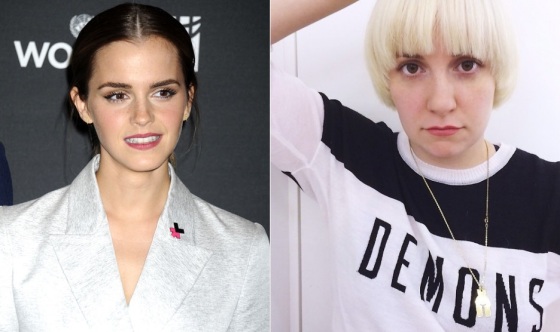 As you know Emma Watson gave a very brave speech at the UN headquarters. She spoke out about a cause that she is clearly so passionate about, a controversial issue that is wrapped in such varying beliefs and at the oh so intimidating United Nations!

This was to promote the HeForShe campaign, which follows feminism’s principles of striving for equal rights and opportunities for men and women. It aims to repackage the concept without emphasis on oppression by the male sex.

There were people who praised her highly, describing her talk as ‘beautiful’, ‘intelligent’ and ‘eloquent’. However, as with any contentious issue, she also received critical backlash as well as vile threats to her privacy. What I would say is that although it is completely fair to analyse a speech about such a big cause we shouldn’t dismiss it entirely. Emma is one of those few celebrities who is putting her fame to a good cause, she is talking about something she is truly believes in and is trying to make the world a better place.

For that I can’t help but admire her.

Emma Watson has gone from being that kid in the Harry Potter films to a fashion icon, model, actress, UN Women Goodwill Ambassador, oh and don’t forgot she still managed to squeeze in a bachelors degree at Brown University. She really is a role model for not just young women but for everyone. Click the link below to view her UN speech:
https://www.youtube.com/watch?v=qXqtjhTsa3g

Another woman who truly inspires me is the amazing Lena Dunham. For those of you who don’t know, Lena is the creator, writer and star of the fantastic, double Golden Globe winning hit TV show ‘Girls’.

To promote her new book, Not That Kind of Girl, she created a 12 part YouTube series called #AskLena. She inspires people not in a self-righteous preaching kind of way but instead she always comes across as honest and relatable.

Here are my favourite clips, note: the intro music does get annoying when you watch all 12 videos in a row, just bare with it’s worth it…